These are the super secret things that you’d never know unless you turned up at all the races and spoke to those in the know.

If you race cross, you’ll be right up there at the sharp end of the field if you have a van. Guaranteed. I’ve looked at the results and cross referenced them with the car park and 9 times out of 10, the top ten finishers have a van. Not just any van either. A Volkswagen T5. And not just any T5 either. there are two distinct groups. The first is the T5 campervan. Not a California – that’s just throwing your money away. It should be done out as a camper van with a pop top and a kitchen and everything. More popular in the Vets as it needs to be practical to fit all the necessary kit in – Jetwasher/wife/spare wheels/children. Extra marks if it looks like a crew cab, with panels instead of rear windows. The second is the basic van or crew cab. More utilitarian, and popular with the younger crowd who can just sleep on the floor on top of the mud and between the wheels/frames/jetwasher/girl/boyfriend. I’m saving up for a van, ergo, I can be a better cyclocross racer. A Mercedes Vito is almost as good, but its like racing on open tubs. Its just not the same. 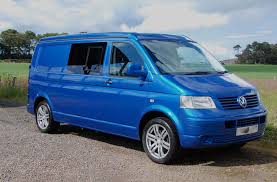 These massive sheep based monstrosities have become de  rigueur over the last few seasons, with seemingly sensible people determined to dress themselves up as  colourful tea cosies, sporting the colours of their team or the national bands of Belgium. Or in one particularly sad case; a minion.

Nowhere in Simon Burney’s seminal work on the art of cyclocross is there a chapter on the recent cyclocross phenomenon; the beard. More popular amongst the seniors (men, generally) even British champion Ian Field was seen to be sporting a significant facial adornment. A couple of right sights were seen at the three peaks this year. Normally on a singlespeed with bright coloured socks. And probably from down south somewhere. The rise of the beard has been inexorable and inexplicable. Have you ever heard a woman say ‘ Well, I tell you what darling, you would look fantastic with a beard !’

From November onwards, if you haven’t got a swampy, you’re nowhere in cyclocross. Swampy’s are the men and women who look like waterproof vagrants. Their job is simply to be as impervious to cold and water as possible and use their skills with a high pressure lance to clean anything that is put in front of them. They all deserve to be sainted. 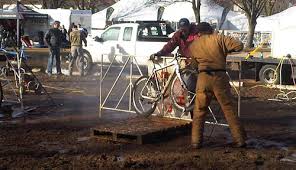 5. ‘Getting changed in the car’

Roubaix has its showers. Cyclocross has its ‘getting changed in the car’. In December. In the p”£*ing rain. Actually it’s not always ‘in’ the car. Its normally beside the car with the door partially open, so you don’t get mud on the seats. It you are a pale buttock fetishist, then look for a cyclocross car park near you from October to January. ‘Getting changed in the van’ has a more literal meaning. People actually can get changed in their van. Maybe it’s the absence of  concern about where they are going to get changed, that makes van owners faster (see above)

IT'S A HILL, GET OVER IT
TrekkingSkills.co.uk

Opinion on the world of cycling and commentary on my training

Thinking aloud about music & cycling. Expecting neither to be right, nor listened to.

Life, love and my boyfriends bike

When in doubt, go furthur